The Cambridge Working Group for Bioethics Education in Serbia has the aim to bring together leading local and international experts in the fields of philosophy, medicine, biology, sociology - all of whom are envisioned to contribute to the development of bioethics education and research in Serbia. The Working Group is sponsored by Cambridge University Press.

The Cambridge Working Group for Bioethics Education in Serbia was officially constituted at the Center for the Study of Bioethics. It has a Steering Board and a Secretariat. It is chaired by Vojin Rakić.

The primary activities of the Working Group are to advance education and research on bioethics in Serbia. The WG meets to discuss its policies and plan its projects. The activities of the WG include the organization of lectures, ethics training courses for practitioners of the medical profession, the organization of courses for members of ethics committees and the public at large, the organization of conferences and workshops for the academic community, the development of bioethics projects, as well as research. It encourages the publication of this research, as well as materials that deal with bioethics education.

Members of the Steering Board of the Working Group:

Violeta Beširević holds an L.L.M. and an S.J.D. in Comparative Constitutional Law from the Central European University, Legal Studies Department. Currently, she is a Professor of Law at Union University Law School Belgrade and also serves as a member of the Board of Directors of the European Public Law Organization and a Research Associate at the CEU Center for Ethics and Law in Biomedicine. Previously, she was a Vice Dean and Head of the Postgraduate Studies at the Union University Law School Belgrade, Senior Diplomat at the Embassy of Serbia in Hungary, Staff Attorney at the Constitutional and Legal Policy Institute in Budapest and Senior Legal Adviser at the Ministry of Justice of the former Yugoslavia. 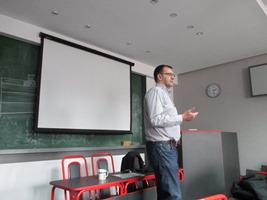 Vojin Rakić, Research Professor, is Director of the Center for the Study of Bioethics, Head of the Serbian Unit of the UNESCO Chair in Bioethics and Chair of Cambridge Working Group for Bioethics Education in Serbia. Rakić is also Head of the Central and Eastern European Network of the UNESCO Chair in Bioethics. Rakić has a PhD in Political Science from Rutgers University in the United States (1998). He graduated philosophy in Serbia, and has MA degrees in European Studies from the Central European University in Prague and from the Department of Political Science of Rutgers University. He worked as a senior research fellow at the Center for Higher Education Policy Studies at the University of Twente in the Netherlands (1999-2001). Between 2001 and 2003 he was a U.N. Special Adviser to the Government of Serbia. Since 2003 he works as a university professor in Belgrade. Rakić publishes primarily in English. His publications include various books and edited collections (recently: an edited volume published by Routledge), as well as numerous articles from the domain of (bio-)ethics, and political philosophy (recent publications: articles in the Journal of Medical Ethics, American Journal of Bioethics, Cambridge Quarterly of Health Care Ethics and American Journal of Bioethics: Neuroscience).

Milan M. Ćirković is a research professor at the Astronomical Observatory of Belgrade, (Serbia), an associate professor at the Department of Physics of the University of Novi Sad (Serbia), and a research associate of the Future of Humanity Institute at the Oxford University (United Kingdom). He is member of the Belgrade based Center for the Study of Bioethics. He received his Ph.D. in Physics from the State University of New York at Stony Brook (USA), M.S. in Earth and Space Sciences from the same university, and his B.Sc. in Theoretical Physics from the University of Belgrade. His primary research interests are in the fields of astrobiology (Galactic habitable zone, SETI studies, catastrophic episodes in the history of life), risk analysis (global catastrophes, observation selection effects, epistemology of risk), and philosophy of science (anthropic principles, philosophy of physics, future studies). He co-edited the anthology on Global Catastrophic Risks (Oxford University Press, 2008), which was reviewed favorably in the most distinguished research journals, including Science and Nature; wrote three monographs (the latest beingThe Astrobiological Landscape, Cambridge University Press, 2012); and authored about 200 research and professional papers, in addition to translating several books, including titles by Richard P. Feynman and Sir Roger Penrose.

Aleksandar G. Damjanović, MD, PhD, Associate Professor, has been working since 1994 at the Institute/Clinic of Psychiatry, Clinical Center of Serbia. For the last seven years he has been holding the position of the Head of the Department for Affective Disorders. He has also been a member of the teaching staff of the Department of Psychiatry, School of Medicine, University of Belgrade, since 1997, where he was first appointed to be a Teaching Assistant, thereafter Assistant Professor, while since 2012 he has been holding the position of Associate Professor of Psychiatry
The scientific opus of Aleksandar Damjanović comprises of 193 publications, out of which in 60 he appeared as the first author, in 19 as the sole author, and in 44 as a supervisor. He has published 79 in extenso papers: 12 papers in journals indexed in Current Contents, 3 papers in SCI Expanded journals, 11 works included in the database MEDLINE, and 53 in journals that are not included in the previous database. Under the auspices of the Ministry of Science and Technology of the Republic of Serbia, he participated in several research projects since 1991, in which he fostered the scientific progress of a number of younger colleagues. Within his research work, his hermeneutics of psychiatric disorders and neuroscience in general, has enabled the significant publications in the field of psychiatry.
The clinical and scientific work of Damjanović predominantly includes research in the field of biological psychiatry (phenomenology of psychotic and affective disorders, targeted and specific pharmacotherapy, genetics, identification of risk factors), with special emphasis on the specific aspects of antipsychotic therapy, and affective disorder. Parallel to these studies, Damjanović focuses his work on the philosophical (bioethical) and cultural elements embedded within psychiatry.

Vladan Čokić is an Associate Professor at the Institute for Medical Research,University of Belgrade. Between 1999 and 2004, he was in graduate training at the National Institutes of Health (NIH, NIDDK) in Bethesda, United States, which resulted in his Master's degree at the Medical Faculty in Belgrade. He received his Ph.D. also at the Medical Faculty in Belgrade as part of transnational research collaboration with the Division of Cellular and Gene Therapies, US Food and Drug Administration in Bethesda. He specialized in internal medicine at the Medical Faculty in Belgrade. Dr Vladan Čokić was a participant in an international European project of the VI Framework Programme FP6 (2006-2009): “Health improvement in Serbia through reinforcement of biomedical science and technology”. He is the principal investigator in a research project funded by the Serbian Ministry of Education, Science and Technological Development in the project cycle 2011-2015. Dr Vladan Čokić is also an associate in the bilateral SCOPES project between Serbia and Switzerland (2014-2016): “Determination of themutational landscape and clonal architecture and its application in angiogenesis and thrombosis of MPN patients”. He is the President of the Ethics Committee of the Institute for Medical Research from 2012. He is a member of the European Hematology Association since 2009. His articles of international importance have been cited over 500 times in leading international journals.

Valentina D. Marinkovic has a BSc, MSc and PhD from the Faculty of Pharmacy, University of Belgrade - field of pharmaceutical chemistry. She specialized in the testing and control of drugs in 1993. Valentina Marinkovic's professional career is built in two directions - academic and practical work. She acquired the title of Associate Professor at Faculty of Technology in Leskovac, University of Nis, and she established her practical experience in the pharmaceutical and chemical industry, Zdravlje- Leskovac. In Zdravlje- Actavis she had leadership positions for more than 17 years.
She has more than 120 publications in scientific and professional literature. Valentina Marinković was head of the several courses of continuing education of pharmacists and is member of the European and international associations for quality.
She is Vice – President of the Untied Association for Quality in Serbia (JUSK) since 2009. Her current  position is Regional Director for Quality for the Western Balkans in the multinational pharmaceutical company ALVOGEN. She is also Assistant Professor of Pharmacy, University of Belgrade, Department of Social Pharmacy and Pharmaceutical Legislation.

Maja Pantovic was born in 1983 in Kragujevac, where she graduated in 2008 as the best ranked student in her generation at the School of Medicine, University of Kragujevac, She performed undergraduate clinical education as a fellow of the University of Udine at Facolta di Medicina e Chirurgia. During this time she represented Facolta di Medicina e Chirurgia at the International School of Bioethics, Medical faculty, Charles’ University.
She has been working at the Clinic of Psychiatry, Clinical Center of Serbia since 2008. Her main clinical and research engagement is directed towards neuroimmunology and the possible role of cytokines and adhesion molecules in ethiopathogenesis of schizophrenia and bipolar disorder. She is a member of the Research Group of the European Federation of Psychiatric Trainees and a member of the Task Force on Research of the European Psychiatric Association - Early Career Psychiatrists’ Committee (EPA-ECPC). She authored and co-authored 44 scientific publications. In 2012 she received an EPA Early Career Psychiatrists Scholarship Programme grant for one of five most promising European Young Psychiatrists in that year.

Jasmina Arsić is the Secretary of Cambridge Working Group for Bioethics Education in Serbia. She completed her undergraduate studies in pharmacy, specialist academic studies in Pharmaceutical marketing and management programme, and specaialist healthcare studies in Social Pharmacy at the Faculty of Pharmacy, University of Belgrade. She is currently attending a PhD program in the field of History and Philosophy of Natural Sciences and Technology at the University of Belgrade. Since 2015 she has been working as a lecturer at the Faculty of Pharmacy at the University Business Academy of Novi Sad.