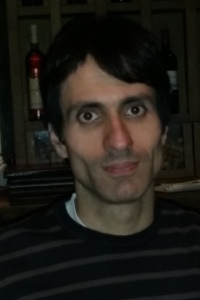 Dejan Pejović was born on August 2, 1973 in Belgrade, Serbia. He attended the XII Belgrade High School and graduated from the Department of Philosophy of Belgrade University. He taught at the Agricultural School "PKB" from 2003 through 2005, and as of 2004 has been employed by the Seventh Belgrade High School, where he teaches Philosophy and Civic Education. He has been one of the major contributors to several educational projects, including "Regional Support for Inclusive Education" (2015), " Everyone is the Same- Everyone's Unique" (2008), "Europe through Our Eyes" (2010), among others. He has been an external collaborator of the Serbian daily newspaper "Politika", writing for the "Culture Around the World" rubric. He has been a member of the Center for the Study of Bioethics since May 2015, both within the Team for Project Management and as a coordinator for bioethics education in high schools. Mr.Pejovic speaks English and French.