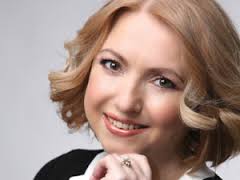 Mima Fazlagić graduated from the School of Medicine of the University of Belgrade in 1985, where she also finished mandatory internship in 1986. She became specialist for gynecology with obstretics after passing her specialist exam in 1993 with the highest marks. She earned her MBA diploma at the School of Medicine (University of Belgrade) in 1997. with the thesis “LUPUS ANTICOAGULANT ANTIBODIES IN HABITUAL ABORTIONS”, under the mentorship of Prof. dr. R. Jovanović. Ms. Fazlagić attained her PhD in 2005, after successfully defending her thesis "ABILITY TO PREDICT PREMATURE BIRTHS FROM IMMUNOLOGICAL, HORMONAL AND ULTRASOUND DATA CHANGES" under the menthorship of Prof. dr. Atanasija Tasa Marković.
She completed postgraduate studies in perinatal medicine in San Francisco (USA) in 1996, and the School of New International Achievements in Perinatal Medicine in 1998 in Erisi, Italy, with an Italian government scholarship. Mima Fazlagić attained further academic training during her stay in Italy in 1998 - at the School of Medicine in Rome, University La Sapienza under the mentorship of prof. E. V. Cosmi and at the School of Medicine in Perugia under the menthorship of prof. Di Renza. In 2009, she was elected Associate Professor at the Medical Academy US Medical school, teaching the course “Gynecology and Obstetrics” at the European University Senate.
During 1989-2009, she worked at University of Belgrade Clinic for Gynecology and Obstretics Narodni front. Since 2009, she works within the private gynecological practice “Medison” in Zemun. From 1995. to 1999. she was Secretary at the Gynecology Section of Serbian Medical Society, and Secretary of the Association for the Application of Ultrasound in Medicine, Biology and Veterinary Medicine. She is the UNICEF project "Baby friendly, mother friendly" team member in Serbia and USAID lecturer within the genetic screening in pregnancy project for Serbia. Ms. Fazlagić is the president of the National Association for the Improvement and Development of Regenerative Medicine. She is a medical adviser of the biggest European stem-cells bank “Cryo Save”. She is a Regular Member of the Center for the Study of Bioethics and General Secretary of the Serbian Unit of the UNESCO Chair in Bioethics. She is participant of a twin pregnancy project of the Medical University in Toronto, Canada. She is a managing director of the Festival of Health held in Belgrade, the mission of which is health improvement, promotion of healthy life style and education.